* The culmination of the 2021-22 season will start in just two days with Game 1 of the 2022 Stanley Cup Final. The Avalanche will welcome the defending-champion Lightning for the first Final game in Denver since 2001, when current Colorado general manager Joe Sakic led the club to their second Stanley Cup.

* Nikita Kucherov enters the 2022 Stanley Cup Final with a team-leading 23 points, two shy of joining an elite list of NHL players who have reached the 25-point mark in three straight playoff years.

* A comprehensive #NHLStats Pack comprised of the most compelling stats and storylines surrounding the Eastern Conference-champion Lightning is now available.

* A mix of #NHLStats from the 2022 Conference Finals and to date in the 2022 Stanley Cup Playoffs is also now available. 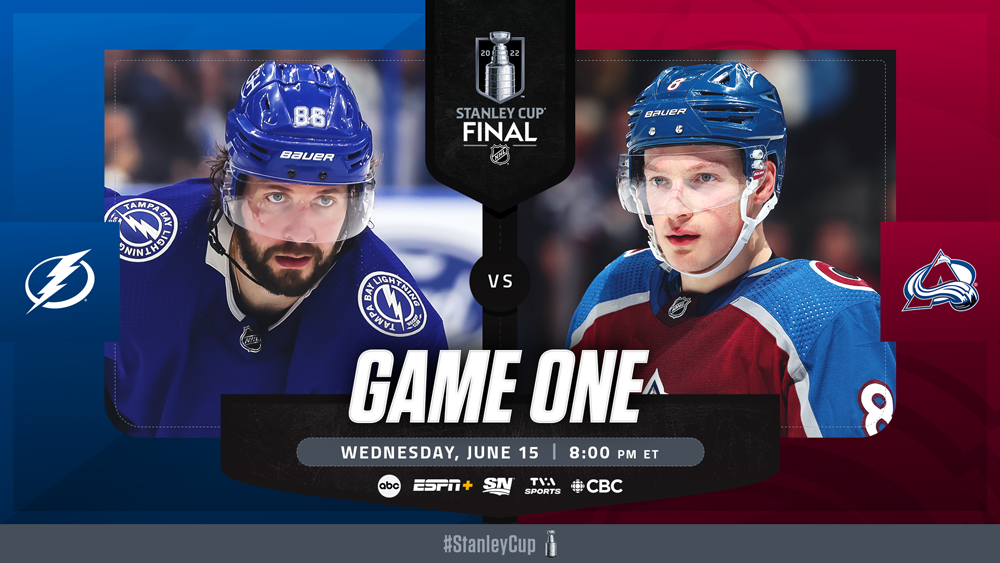 IT ALL STARTS WITH GAME 1 IN DENVER
Two days remain until the 2022 Stanley Cup Final, which pits the Avalanche against the defending-champion Lightning at Ball Arena in their first-ever postseason meeting. Game 1 will mark the first time Denver has hosted a Final since 2001, when current Colorado general manager Joe Sakic (13-13—26 in 21 GP) helped lead the club to their second Stanley Cup. 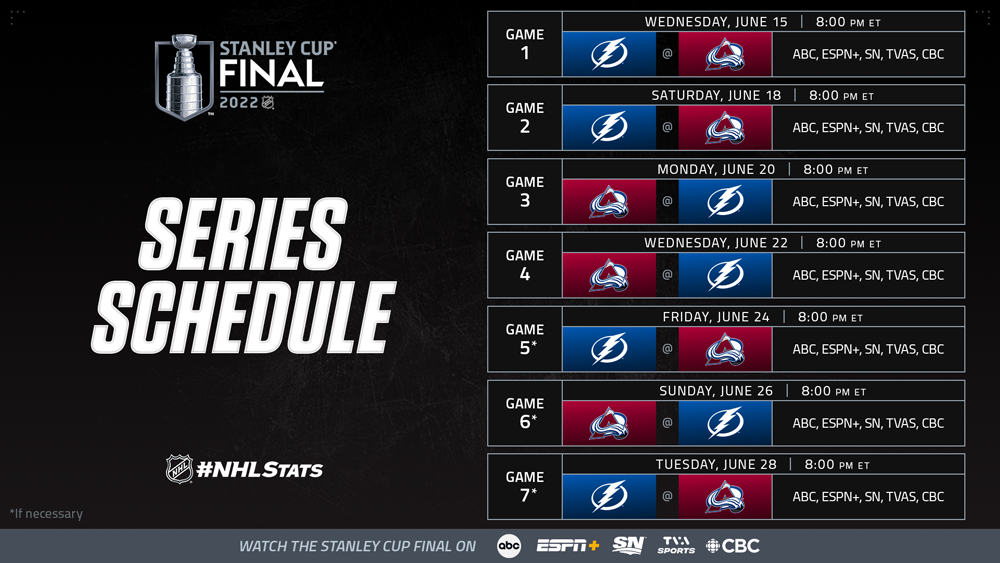 STANLEY CUP FINAL SPOTLIGHT: NIKITA KUCHEROV
As we wait for the 2022 Stanley Cup Final to begin, we take a closer look at Nikita Kucherov (7-16—23 in 17 GP), who enters the championship series leading his team in points for the third straight postseason.

* The Lightning forward has accumulated a combined total of 89 playoff points since 2020. The only players in NHL history that recorded more over a span of three years are legends Gretzky (5x; most recently: 99 from 1987-89) and Mario Lemieux (96 from 1991-93). 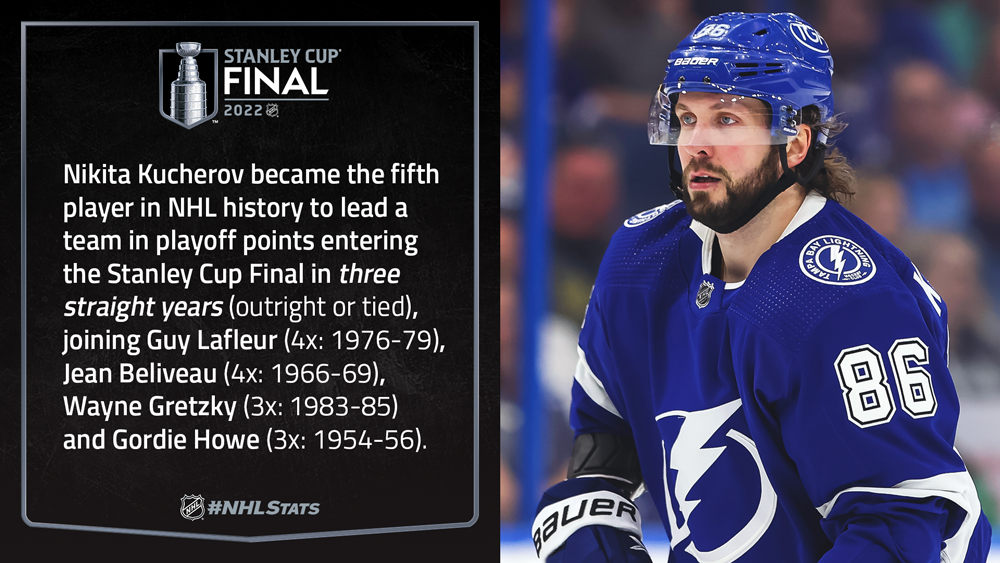 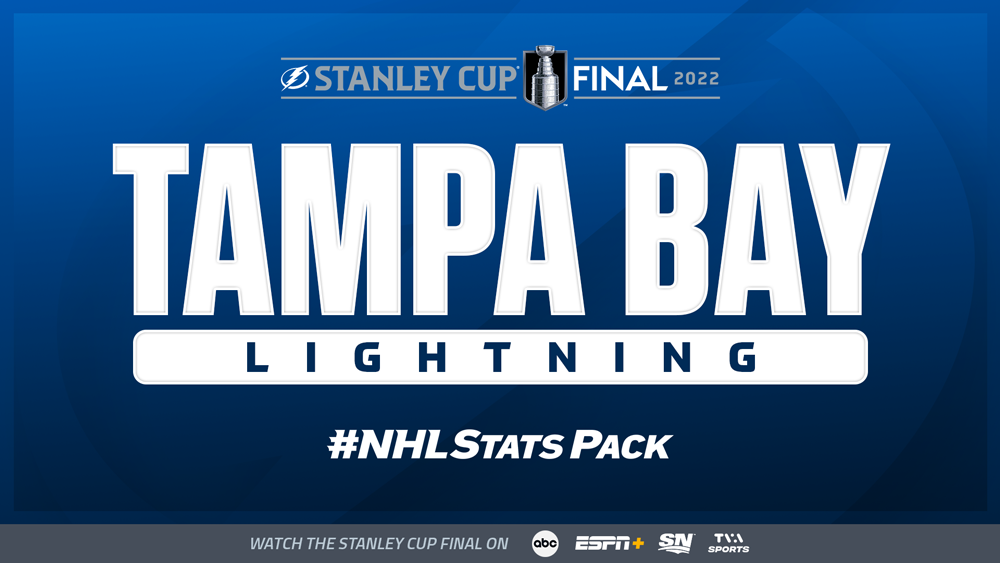 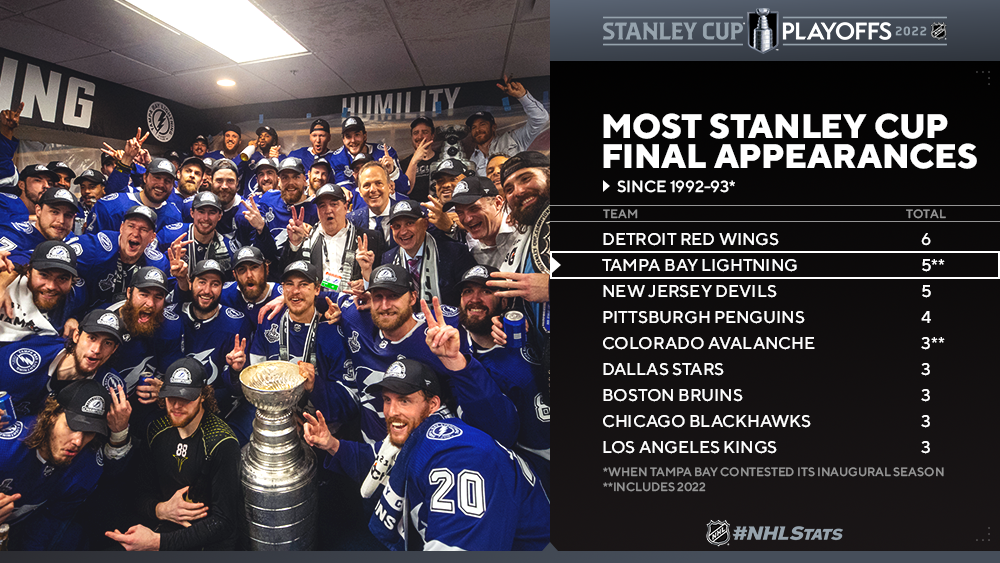 * Corey Perry, who helped the Canadiens reach the Final in 2021, can become the second player in NHL history to win a Cup with a team after losing to them in the prior Final. He would join Billy Carroll, who played for the Islanders in 1984 against the Oilers before joining Edmonton and winning with them in 1985.