The Stanley Cup Final begins Wednesday in Denver after the Lightning reeled off their fourth straight win of the 2022 Eastern Conference Final, led by two goals from captain Steven Stamkos, and will now attempt a third consecutive championship and dynasty status when they face the Avalanche.

Tampa Bay has advanced to the Stanley Cup Final for the third straight season and the fifth time in franchise history, by far the most among clubs to join the NHL since the 1990s. Only three non-Original Six franchises have more appearances in the championship series: the Flyers (8x), Oilers (7x) and Penguins (6x).

* Five Lightning players who have dressed this postseason are in search of their first Stanley Cup: Pierre-Edouard Bellemare, Brian Elliott, Brandon Hagel, Riley Nash and Nicholas Paul. Of those players, only Bellemare (2018 w/ VGK) has skated in a Final. The only Cup winner on Tampa Bay’s roster without a game played in the Final isFoote. 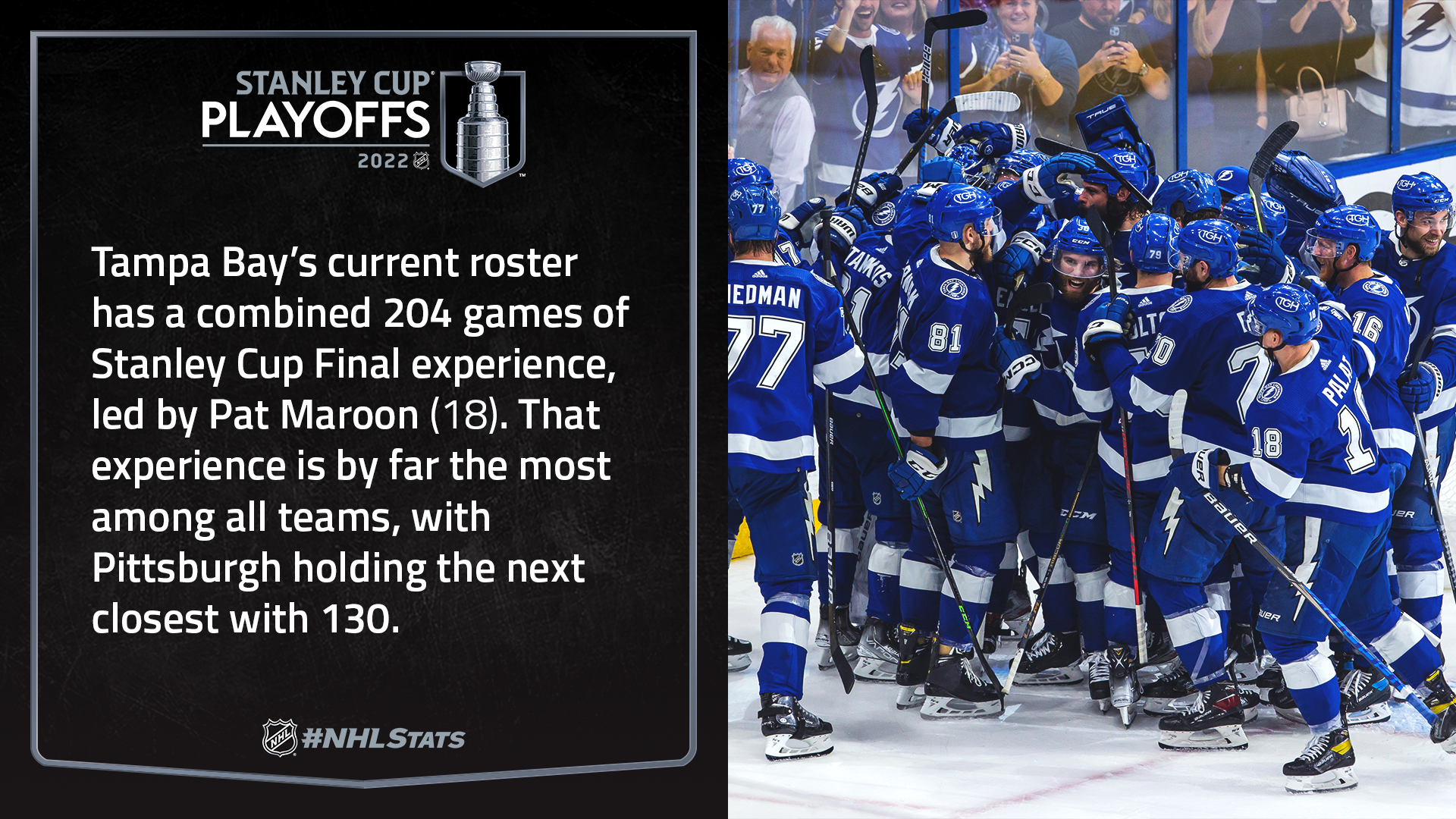 * Maroon won his 15th consecutive series, with 11 of those coming with the Lightning since 2020 and four with the Blues in 2019. The only other players in NHL history with a run of at least that length were part of the Islanders dynasty in the 1980s, with the longest streak standing at 19. 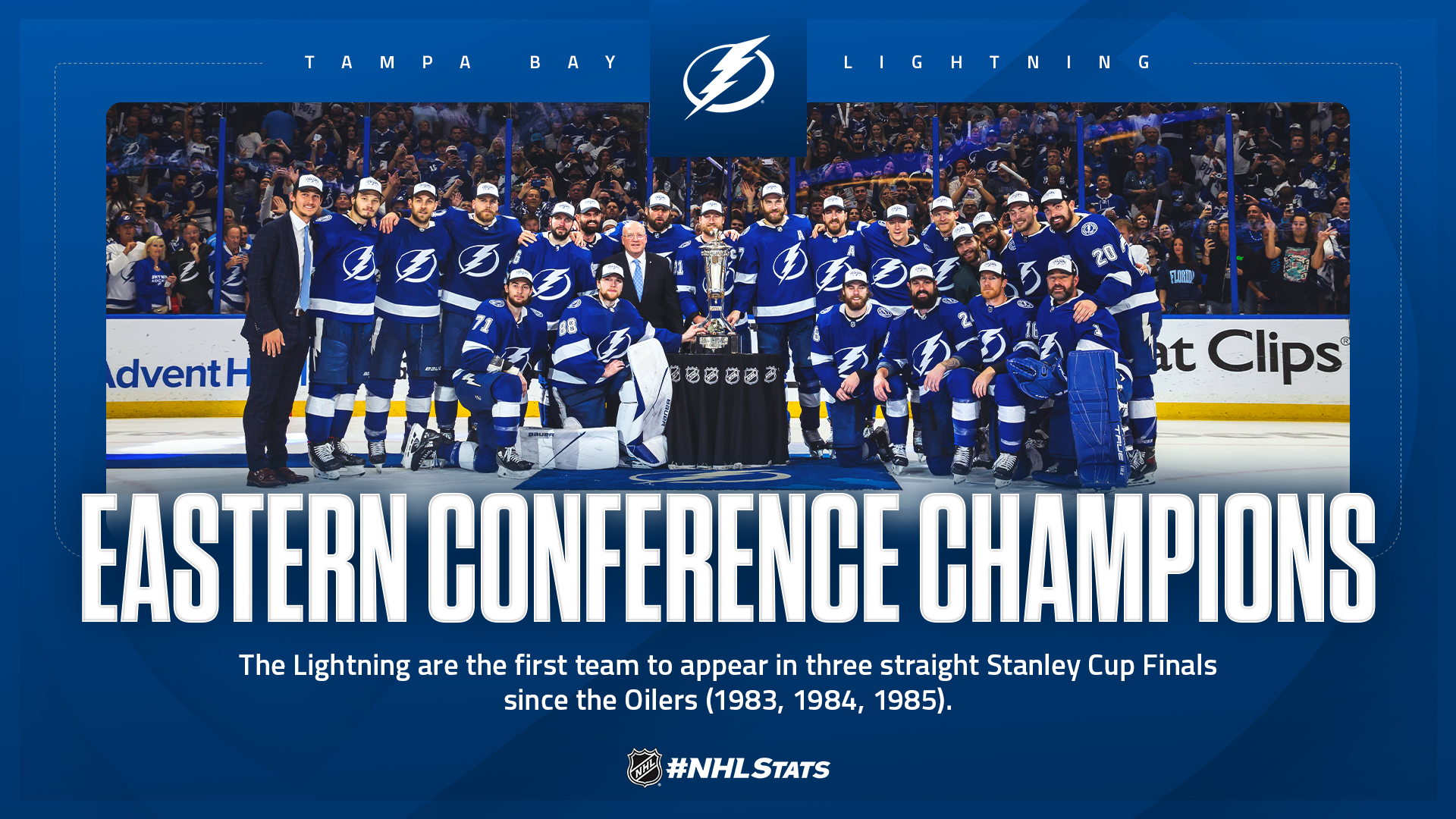 STAMKOS SENDS LIGHTNING TO THIRD STRAIGHT STANLEY CUP FINAL
Steven Stamkos scored twice, including his second career series-clinching goal just 21 seconds after Frank Vatrano tied the game at 1-1, to help the Lightning earn their 11th straight series win and secure the Prince of Wales Trophy as the Eastern Conference Champions. With the victory, Tampa Bay extended its home win streak to seven games, establishing a franchise record for the longest in a playoff year.

* Stamkos scored his 16th and 17th career goals in the Conference Finals/Semifinals, matching teammate Ondrej Palat (17) for the most among all active skaters. The Lightning captain also boosted his 2022 Stanley Cup Playoffs totals to 9-6—15 (17 GP) and overtook Palat (8-8—16 in 17 GP) for the team lead in goals.

* Stamkos, who joined Nicholas Paul (2 in Game 7 of R1) as the second Lightning skater to score twice in a series-clinching game this postseason, improved his career playoff totals to 41-46—87 (111 GP) and became the third player in franchise history to record 40 postseason goals, joining Nikita Kucherov (51) and Palat (45). Only Kucherov (100 GP) required fewer contests to reach the mark. 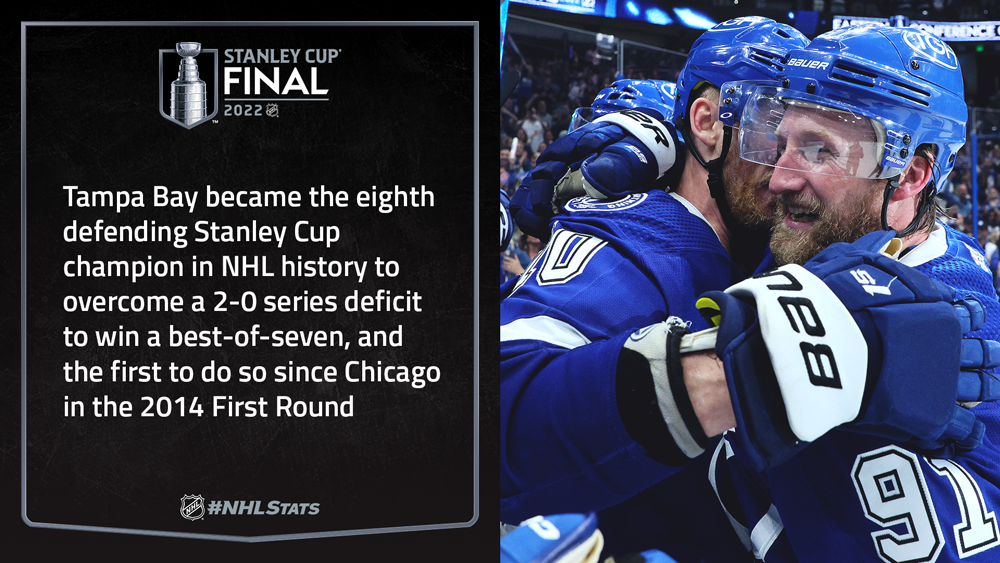 STANLEY CUP FINAL SECURED: LIGHTNING VS. AVALANCHE
Forty days after the 2022 Stanley Cup Playoffs opened with 16 teams beginning their quest for the Cup, the bracket was narrowed down to two: the Lightning and Avalanche, who will meet in the postseason for the first time.

* The Lightning and Avalanche have never met in the Stanley Cup Playoffs, but the two rank first and third, respectively, in regular-season wins over the past four seasons. The Avalanche/Nordiques hold an all-time series record of 13-9 when facing off against an opponent for the first time in a best-of-seven, while the Lightning are 11-6 in the same scenario.

* This will mark the first time Tampa Bay faces the No. 1-ranked team from the opposing conference in a Stanley Cup Final. 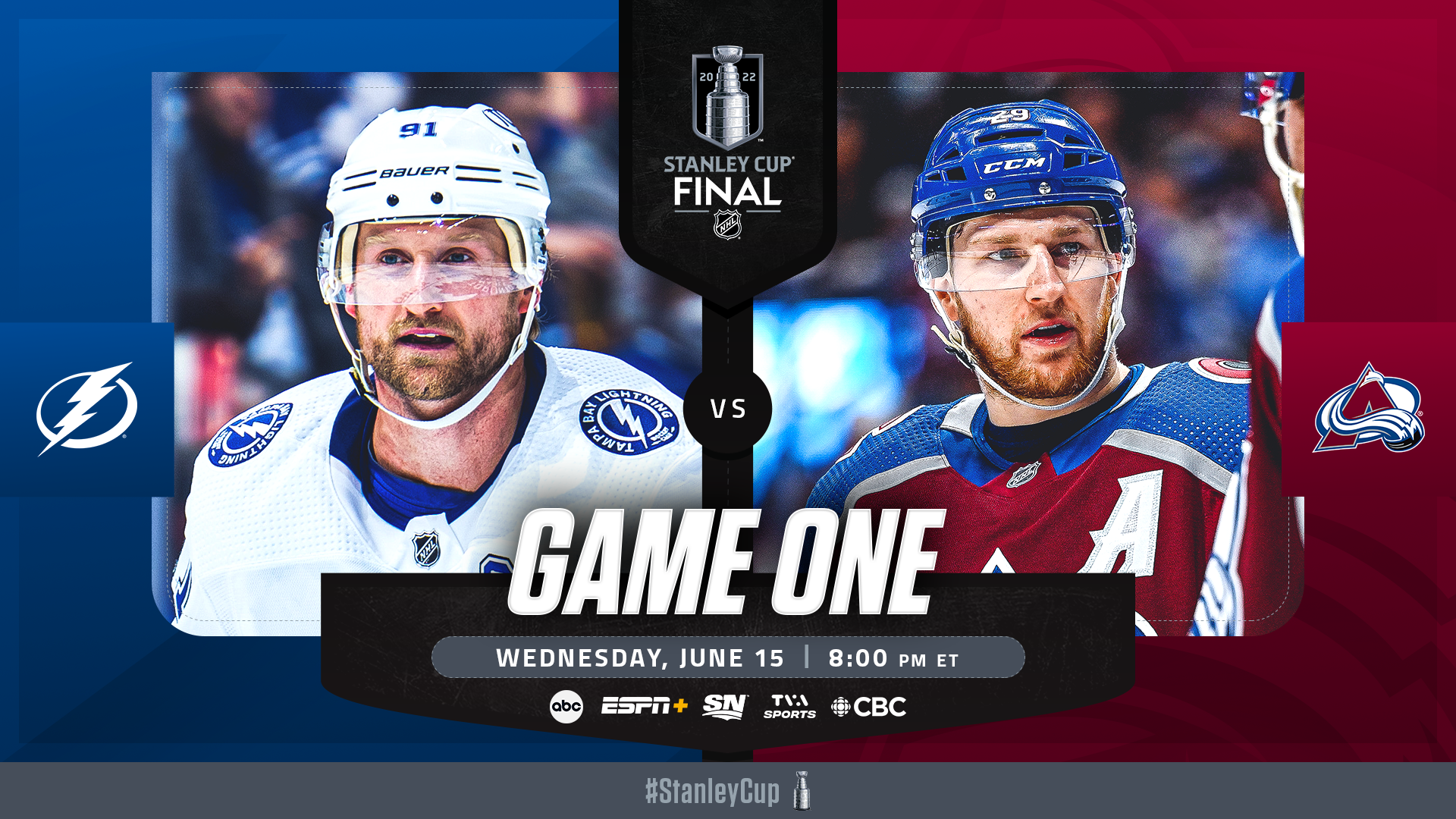 Sponsor Ad: Alyssamariebodyfitness.com, Thanks fans for their support in her recent merchandise sale! Taking a needed vacation
<img alt='' src='http://0.gravatar.com/avatar/0be7eb9dda6d262b70257259