* The Eastern Conference Final shifts back to AMALIE Arena for Game 6, with the hosts hoping to become the first team in nearly 40 years to reach the Stanley Cup Final in three consecutive seasons.

* Tampa Bay can also join a rare list of NBA, MLB and NFL teams to clinch three straight berths in a championship series/game since the early 1990s, which features a cohort of clubs led by the likes of Michael Jordan, Derek Jeter and Tom Brady.

* The “No Quit in New York” Rangers look to reel off their sixth straight win when facing elimination and force the seventh Game 7 of the 2022 Stanley Cup Playoffs.

LIGHTNING LOOK TO LOCK UP THIRD STRAIGHT STANLEY CUP FINAL BERTH
Two-time defending-champion Tampa Bay takes a 3-2 series lead into Saturday and can become the first team to clinch a Final berth in three straight seasons since 1985, when Edmonton earned its second Stanley Cup in franchise history after reaching the championship series in 1983 (4-0 L vs. NYI) and 1984 (4-1 W vs. NYI). The Lightning can reach the Final for the fifth time overall (also 2021, 2020, 2015 & 2004), which would trail only the Flyers (8x), Oilers (7x) and Penguins (6x) for the most berths among non-Original Six franchises.

* Corey Perry (10-12—22 in 33 GP) leads current Tampa Bay players in career goals, assists and points during potential series-clinching games, including two tallies in five contests when a trip to the Final is on the line. Perry, who competed in the championship series in 2020 and 2021 with the Stars and Canadiens, respectively, can become the second player in NHL history to reach the Final in three consecutive seasons with a different franchise each time (Marian Hossa: 2008 w/ PIT, 2009 w/ DET & 2010 w/ CHI).

* Anthony Cirelli has collected 2-2—4 in six potential series-clinching contests during the round before the Final, which includes scoring an overtime goal in Game 6 of the 2020 Conference Finals and corralling the primary assist on Yanni Gourde’s shorthanded winner in Game 7 of the 2021 Stanley Cup Semifinals. Alex Killorn assisted on both clinchers.

NEW YORK, SHESTERKIN AIM FOR SIXTH STRAIGHT WIN WHEN FACING ELIMINATION
The Rangers enter Saturday with a 5-0 record when facing elimination during the 2022 Stanley Cup Playoffs, which trails only the 1975 Islanders (8-0), 2014 Kings (7-0) and 2003 Wild (6-0) for the longest such winning streak by an NHL team in a single postseason. New York earned three consecutive victories in come-from-behind fashion to overcome a 3-1 series deficit against Pittsburgh in the First Round and avoided elimination in two straight contests versus Carolina to close out the Second Round, capped by a 6-2 win in Game 7.

* Igor Shesterkin has backstopped the Rangers to victory in each of their five wins when facing elimination this postseason. The only goaltenders in NHL history with more than five wins when facing elimination during a single playoff year are Jonathan Quick with the 2014 Kings (7-0 in 7 GP) and Glenn “Chico” Resch with the 1975 Islanders (7-1 in 8 GP).

* Mika Zibanejad (4-7—11 in 5 GP) and Adam Fox (2-8—10 in 5 GP) lead the League in points and assists, respectively, when facing elimination during the 2022 Stanley Cup Playoffs, while Chris Kreider (5-1—6 in 5 GP) tops the NHL with five goals under that criteria. Zibanejad’s 11 points when facing elimination are tied for the highest such total in League history during a single postseason (w/ Anze Kopitar & Justin Williams in 2014), while Fox’s 10 are already the most by an NHL defenseman in a playoff year.

Fantasy on Ice (6/7): Pete and Nick welcome in Jackie Redmond of NHL Network and WWE

The Chirp (6/9): Daren welcomes in Mike Rupp to talk about the Avalanche advancing to the Final

* Series Scenarios for Saturday, June 11
* Lightning continue to ‘do whatever it takes to win’ in Game 5
* Rangers in familiar position following Game 5 loss in Eastern Final
* 2022 Stanley Cup Final will open either Wednesday, June 15 or Saturday, June 18
* ‘Quest For The Stanley Cup’ continues with Avalanche winning West 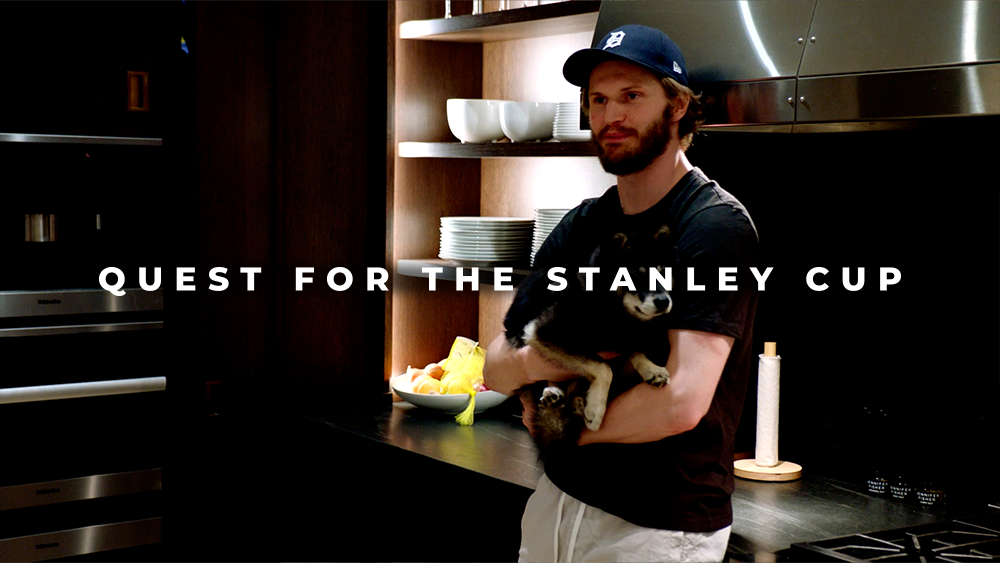