Mega Sports News
Oregon beats Ohio State 35-28. If it wasn't for C.J. Stroud and Jaxon Smith_Njigba, they wouldn't even had been in the game or even have a chance. Got to clean up the defense. Where is Master Teague III? Could have used him today for sure!

Mega Sports News
Vernon McKinley III intercepts an OSU pass and that is the game. Oregon sitting pretty at 35-28.

Mega Sports News
It's the JS-N Show at Ohio Stadium today, Jaxson Smith_Njigba scores on a 15 yard TD catch all alone down the the right side at 755 to go in the game. The drive 8/75/2:15. Now if the defense can stop them?

This was supposed to be our Friday game but it got moved to tonight. So 1ST & GOAL is off this week. https://t.co/T5wVUwWyMn
View on Twitter

The first 2 opponents for UD football played FBS teams the week prior. I asked Rick Chamberlin if UD has ever considered playing such a game. He said Clemson, Penn State called during Mike Kelly's tenure. Florida State called about 6 years ago to see if UD would play.
View on Twitter
6
0

East is for real! Great offense. https://t.co/ElUBInoFCb
View on Twitter 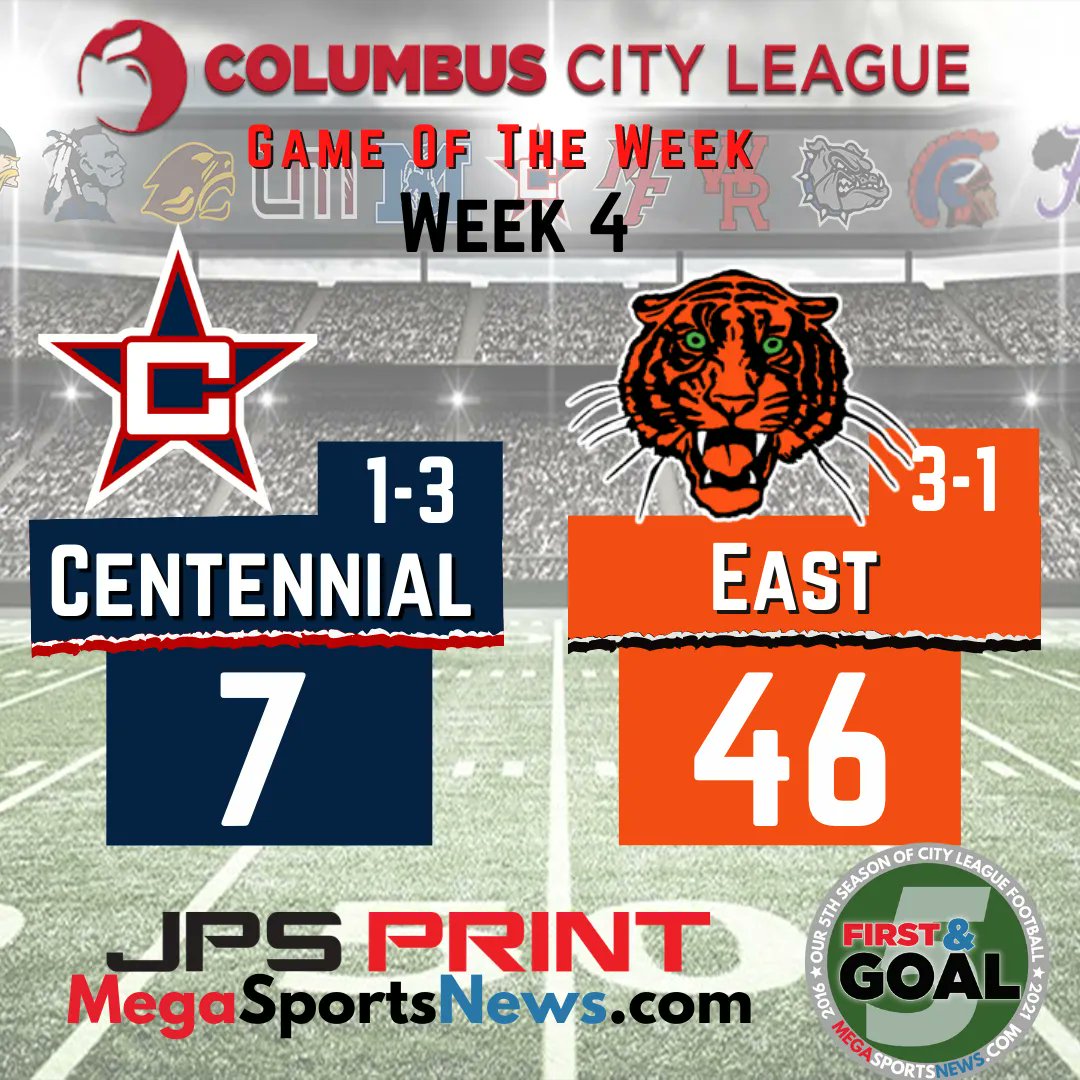 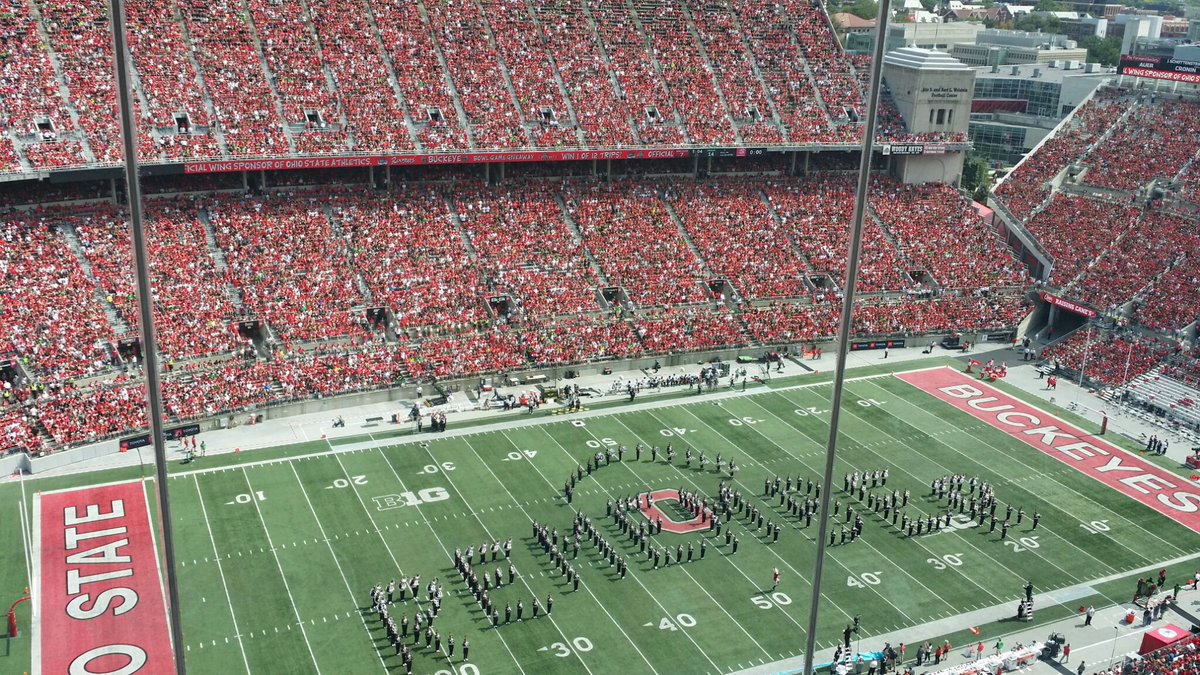 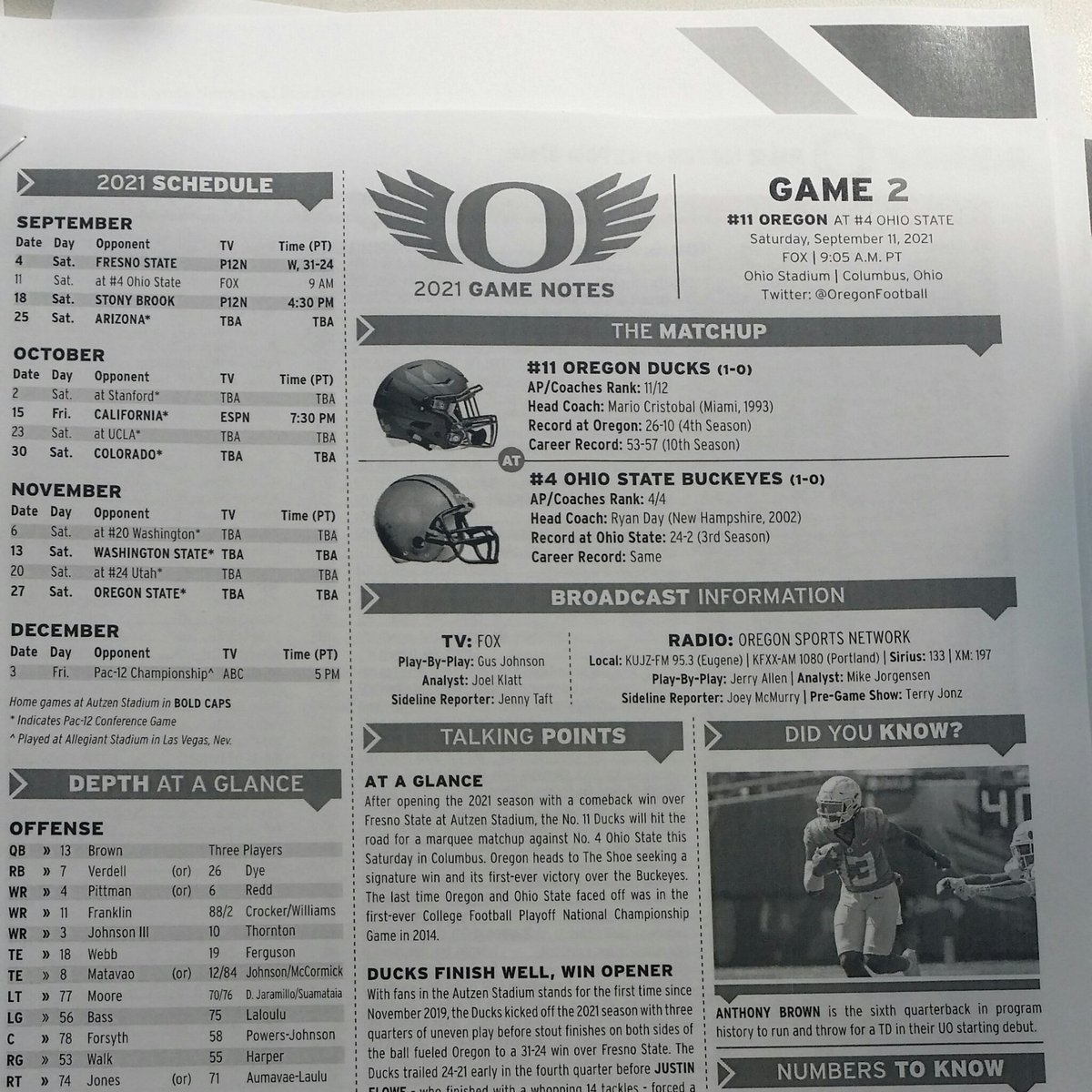 Lum will serve as Recruiting Coordinator, a newly-created position on Nebraska’s basketball staff. In that role, she will help the Husker coaching staff in advanced scouting, including opponent and team self-scouting, as well as game preparation. She will also oversee the recruiting landscape for the Huskers with a focus on the NCAA transfer portal, including implementing and managing NU’s recruiting database and assist with recruiting research.

“Shannan brings experience working for both the Pac-12 and Big East programs, and she provides our staff another valuable perspective. Her background in coaching and operations will enhance our basketball staff in game preparation as well,” Hoiberg said.  “When we evaluated our entire program following the season, we wanted to enhance player development as well as look for opportunities to take advantage of the changing recruiting landscape. The addition of Shannan to our staff is another step in the process as we look for ways to elevate our program.”

She is the second female to currently hold a title of Recruiting Coordinator at a power conference program, including the first of Asian American and Pacific Islander (AAPI) descent.

Lum comes to Lincoln after serving as Director of Video for the Cal women’s basketball program for the last two seasons. In that role, she oversaw program’s scouting and analytics, video breakdown and exchange, and assisting in recruiting and player development through film. She worked as an intern for the Stanford women’s basketball program under Hall of Fame Coach Tara VanDerveer for the 2018-19 season, assisting in the Cardinal’s basketball analysis for scouting and day-to-day operations.

The Michigan Man that all Blue Jackets fans like, Zach Werenski signs contract extension through 27-28 Season

One of College Football’s iconic coaches and Hall of Famer Bobby Bowden, dies at 91

NFL News: RETURNS TO LONDON WITH TWO GAMES IN 2021

NFL News: 2021 Draft was the Third Most-Watched Ever

Daily Almanac for Friday, August 6, 2021: Today we at the website, remember our founder and first CEO, the late Nancy L. Mason on her birthday

D.C. United Notes For Tonight’s Match With the Columbus Crew

Columbus Crew Matchday Guide for Fans: Here’s what to expect

NHL News: Notes from the First Round of the 2021 NHL Draft

Columbus Crew getting ready for two-game Homestand next week, August 4 and 7; Summertime at Lower.com Field

Atlanta United FC once again elevates an assistant to head coach; Rob Valentino gets a shot to turn fortunes around

New York Yankees News: Previously postponed Thursday, July 15 Yankees-Red Sox game to be made up as the first game of a split-admission doubleheader on Tuesday, August 17 at 1:05 p.m.

MLB announces Yankees-Red Sox July 15 game Postponement Will Be Made Up As Part of Tues., Aug. 17th Doubleheader

NHL announces Order of Selection for the 2021 NHL Draft

Matiss Kivlenieks Memorial Service: Fellow Latvian and goaltender teammate Elvis Merzlikins, “Matiss was not my friend, he was my little brother”

I-71 Series between Columbus Crew and FC Cincinnati, 2021, gets underway tonight at new TQL Stadium in the Queen City

NHL issues Timeline of Events Since Pause of 2019-20 Season

Who will represent the Eastern Conference in the Stanley Cup Finals? Lightning, Islanders in Game 7 Showdown Friday